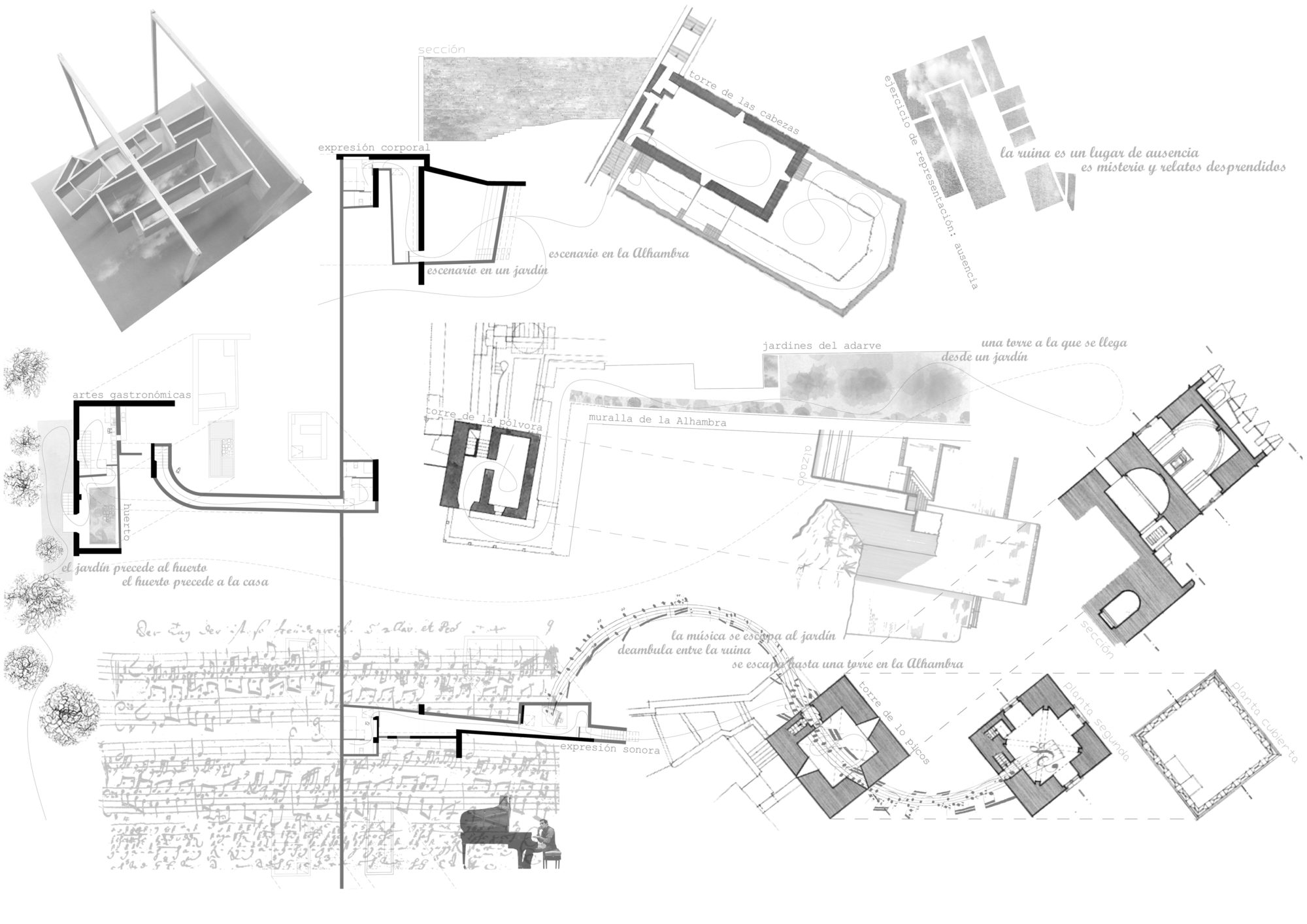 Intervention in a ruin inside the Alhambra
Alejandro Infantes 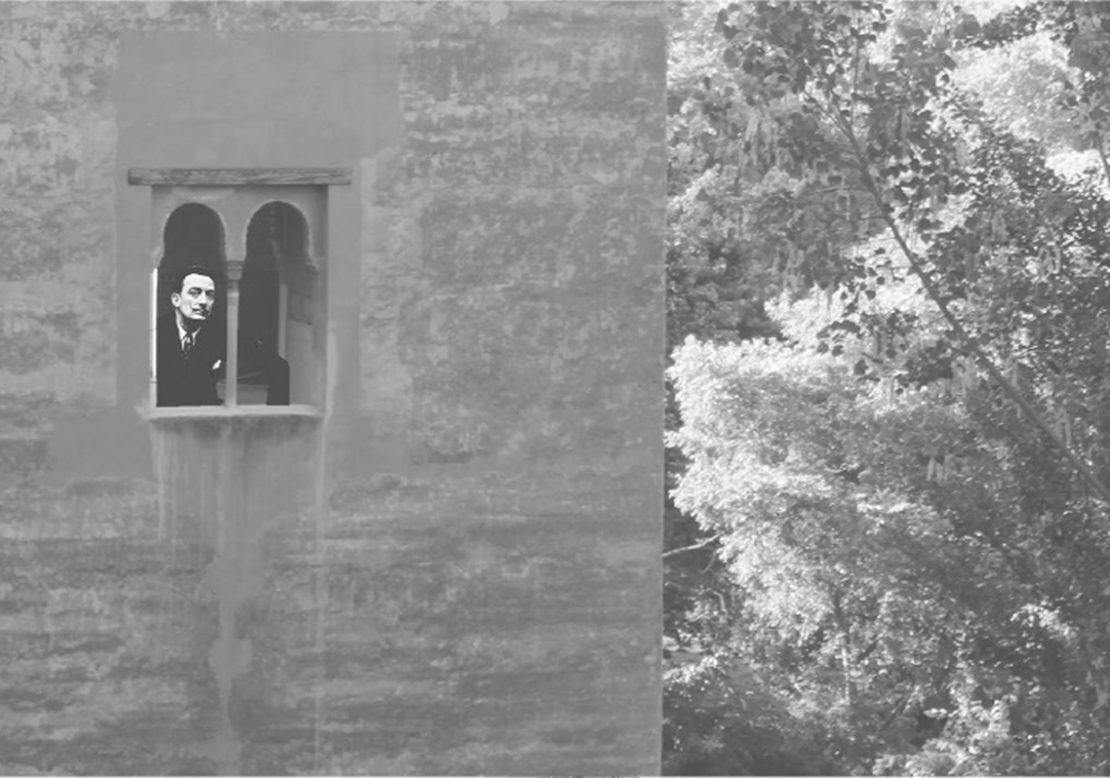 Cependantcela se détruit, celapasse, bientôtcela sera passé. Diderot
Ruin (From lat. ruına, ruere).A fallen, wrecked, or decayed condition.
The Palace of Charles V in the Alhambra is a past simple of how an architectural project can be a ruin as final product, not due to the passing of time but for its unfinished condition during almost 300 years, harbouring in the upper level a series of roofless rooms –we could even think that they have .
Unfinished architecture, that is to say, ruin.This work tries to find in ancient ruin a leitmotif; a situation that is able to generate new architectures addressing one of the sides of a problem that draws a number of landscapes, ultimately Ruin Landscapes.
The program is a residence for artists in Granada in a place that has been a house, a museum and a photography atelier. Nowadays almost the totality of the roofing has fallen and the vegetation colonizes the rooms, it is a ruin inside the Alhambra. We could say that this state of ruin is in most of the cases linked to the experience of being unable to differentiate between in and out: when the architecture is open sky. Entering becomes leaving and a peculiar atmosphere seizes each wall. There is something that is extracted from these perceptions, in a place understood by the addition of patios; an oblivion aesthetic redeveloped not only through the new architecture but also in the program.
Among the remains of the Meersman Museum the formation of a raw architecture is proposed, daughter of the ruin, mirror of the Alhambra. It takes over abandoned rooms and a garden in addition to the atmosphere of the place. Facing the project from the occupation and extension of the existing, a number of enigmatic places appear. There are patiosno window opens to, or stolen towers of the Alhambra.
Living under the open sky and sharing a place related to the Alhambra are the experiences that each of the guests would possess. Thus every space is a reflection of a tower in the palatine city, which, almost in a plunder or insolent appropriation, conforms a diachronic story between the artists and the monument. The new architecture inherits roofless rooms creating a façade that looks to the sky fabricating experiences in which the guest nearly has to find out the way to colonize his or her own space.
The program is conditioned by the remembrance of the ruin and the arrival of the eight artists related to eight fields of art and knowledge. They are meant to produce a work during a year concerning the Alhambra. Corporal expression, gastronomy, music, written expression, audio-visual, architecture, fine arts and historical knowledge are fields involved. Collision between each one of these fields is sought, but also confrontation with the monument, something pursued by the occupation of eight towers of the Alhambra –presently disused– as ateliers for the guests. The possibility to escape from the building limits generates a direct artist-object of study relation, in a string of trips to secret places.
The result is presented as a raw architecture, with finishing, that ventures to answer how to intervene in a ruin.