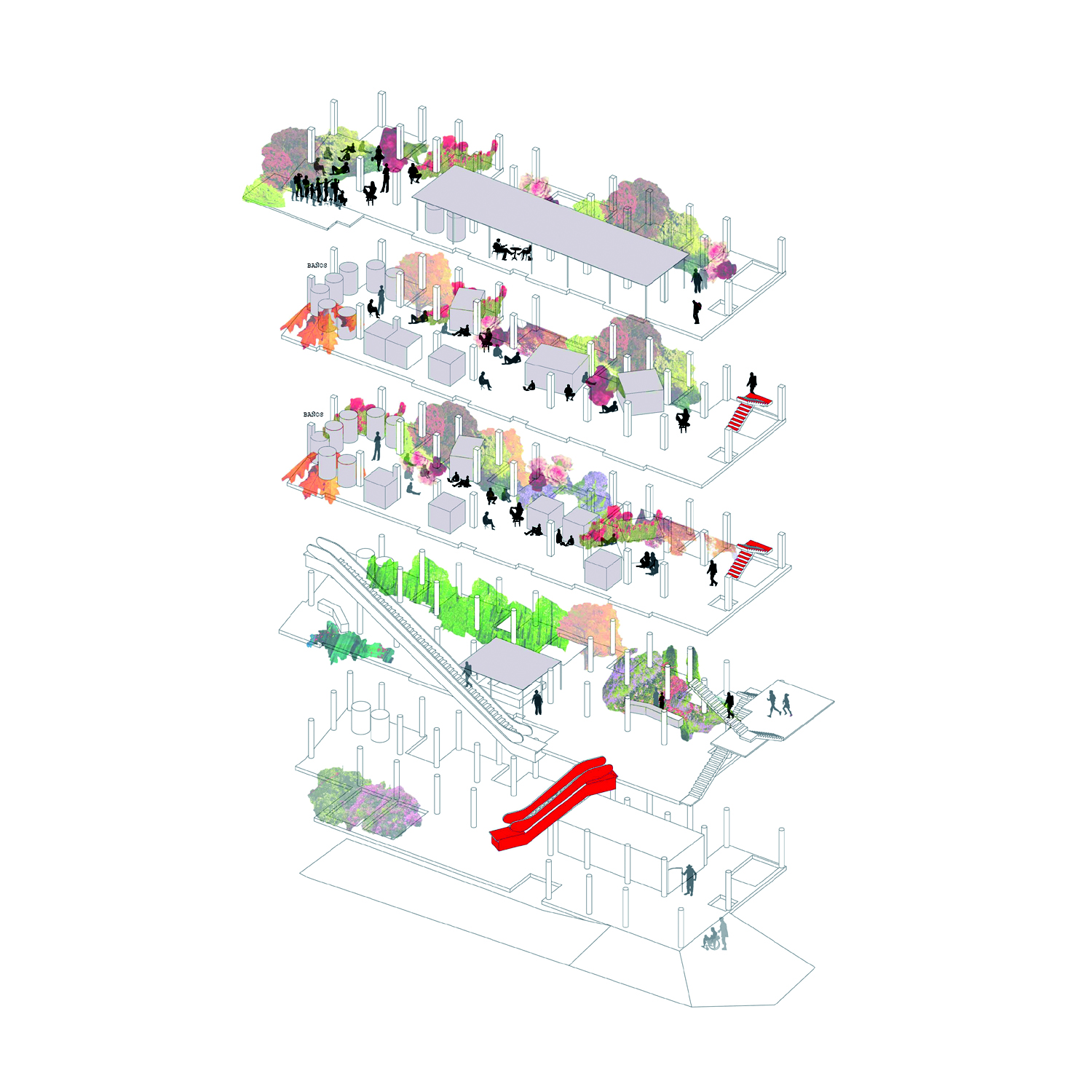 As a result of the land speculation in the latest years, there has been an enormous destruction of the landscape in which we dwell. This speculation has affected tourism specially with the massive construction of hotels at the tropical coast of Granada, and it has created a landscape filled with out of scale buildings that completely spoil it, as in Almuñecar.
Numerous buildings of this kind have not been finished and they have become premature ruins that are a part of a landscape that needs to be recomposed.
This empty skeletons allow us to imagine beyond what they would have become if they had been completed by thinking of time, of how they will look and how they incorporate to their surroundings. Places that foretell the future of a city, a city with a past, but whose present times are also its history.
In this context, it is about looking for a project that reconciles the most characteristic elements of the landscape with the new needs and necessities of the present to achieve the integration, not only at its closest ambit, but also in its whole environment. The local vegetation, its agricultural landscape and its crops and fruits are taken as elements to make a project, a garden.
The ruin are placed at the edge of an old road, at the town’s uppermost part, in a neighborhood of small houses and two story chalets.
It is thought as a multifunctional program which can create connections between the ruin and the neighborhood but also with the town and the farmland.
First, it is created a path among gardens, parks and orchards that allow us to create the connection between this garden and the others. The making of this new route makes the adequation of the roads amidst farmlands a necessity, so roads would become of public usage. In exchange, the farmers collective would have a place in the building’s uses program, through the creation of a market place of fruits and vegetables where they could sell their products without intermediaries.
Second, a local shop in the neighborhood is willing to move into this new structure. It is a gardening center that, due to the lack of space and this new possibility of visibility and accessibility improvement, would transfer its business to the ruin because it has better access by its positioning at the edge of the road.
Finally, it is presented a new form of temporary, collective and changing accommodation inside the ruin to incorporate tourism into the program. It is about a high-rise camping-hotel where the rooms are immersed in the garden’s vegetation.
It is a synthetic proposal between ecology, production, tourism, leisure and trade understood as a new way of integrating the mistakes produced by a system based of the speculation.