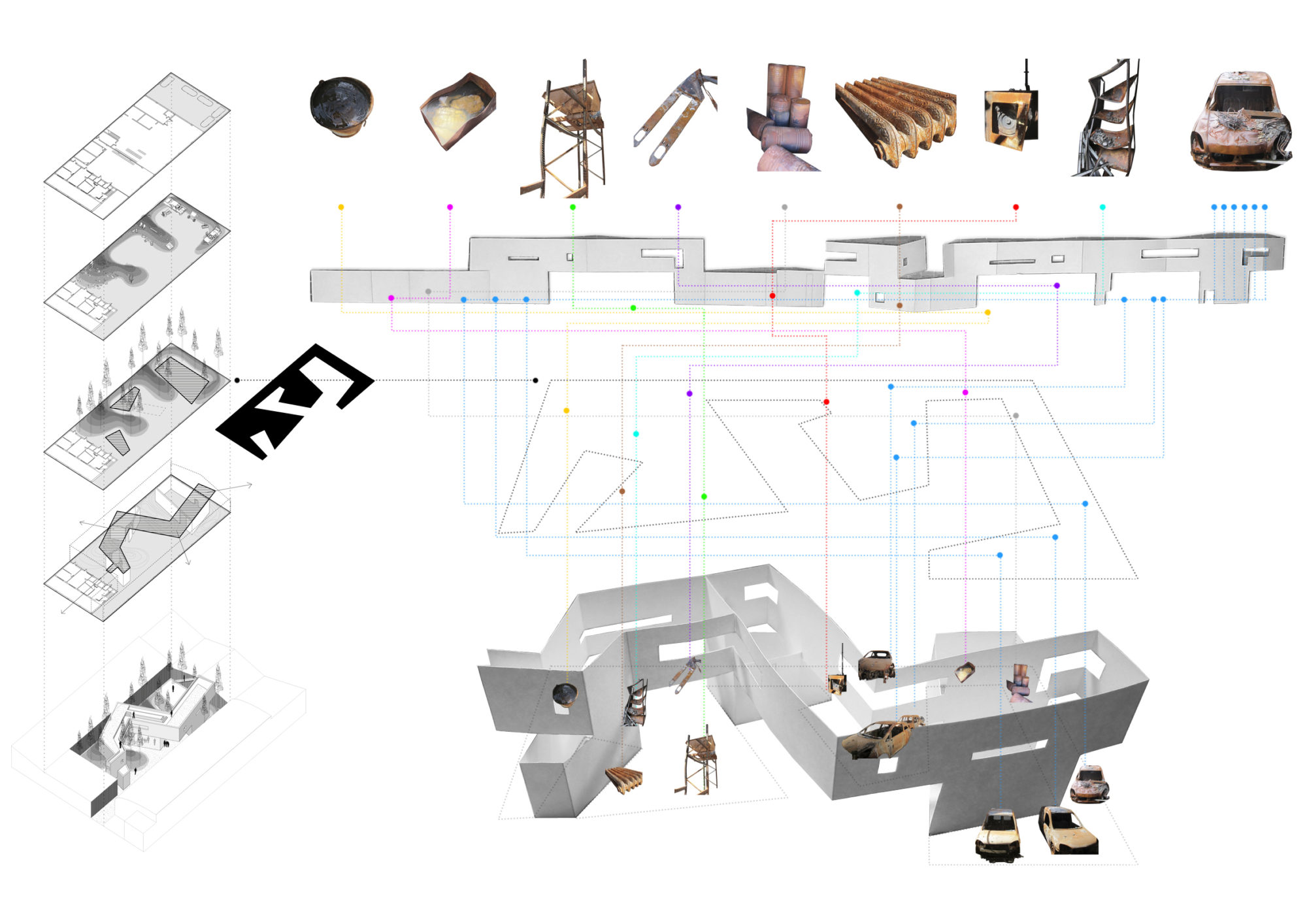 The courtyard after the fire
Serrano + Vaquero 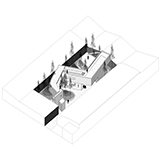 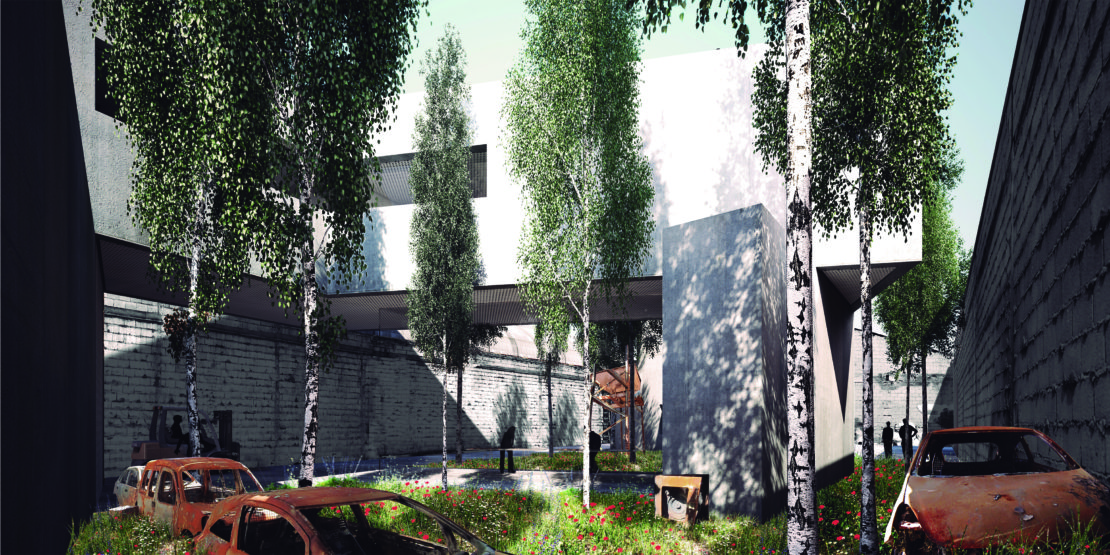 In December 2012, of the company headquarters of ATHISA, located in the industrial area of Asegra, suffered a fire. The office area remained intact while the industrial area, where different goods were stored and the manufacturing of chemical products was made, was reduced to rubble.
We believe that this accidental fact can be a key point to enrich the project, rather than treating the plot as a blank canvas, as if nothing had happened. In this way, the new plant comes up from the remains found after the fire, in order to allow the reading of the history of this place in the footsteps of the developed activity and its transformations, after the intervention.
The exploration: Becoming explorers, we made several visits to the site before the remains of the fire were removed, recognizing and recording the objects that had been scattered among the rubble. We documented, stored and cleaned the elements that had more value to workers, who were involved in this process of recovery of objects.
Both the objects themselves, oxidized and sculptural figures deformed by the action of fire, and the walls and floor were of great interest to us. The activity was performed there could still be read on the floor: embedded rails and the marks of the walls once the debris removing began, stamped traces as if it was Duchamp’s great glass.
The courtyard over the rubble: The proposal consists in consolidating this state, the memory of this place brought to light.
The areas where there was a greater accumulation of debris, which coincide with the locations where the objects were stored in the past, become part of a series of open and interconnected courtyards in which the vegetation emerges and where the recovered objects will be arranged like sculptures that link to the past and to the memories of the workers of the company.
A new piece, containing all the activities that were carried out earlier, lies on the areas that were empty and flies over the new courtyards, generating activity at different levels and putting the user in relation to different elements: burned objects, the new vegetation or the distant landscape, totally forgotten in this industrial estate.
In addition, the introduction of a project of this nature in the industrial plot leads to new relationships between activity and landscape, as the usual thing in this site is to have the windows of the offices looking and opening to the inside of the industrial plant. Through this strategy, by which the maximum level available in the polygon is used to double the available ground surface, much of the ground floor is released, so the 3 different industrial uses are developed between the yards over the debris, serving as the structural support, while the new office area is rosen to a higher level to enjoy natural light and the new vegetation.
The project takes advantage of the new roof as a viewpoint and as a resting place for workers, while being an excellent platform for holding events. The elevated position above the decks of the depots of this industrial site, will serve to enjoy the distant landscape: Sierra Nevada, Sierra de Huétor, Sierra Elvira Vega of Granada.