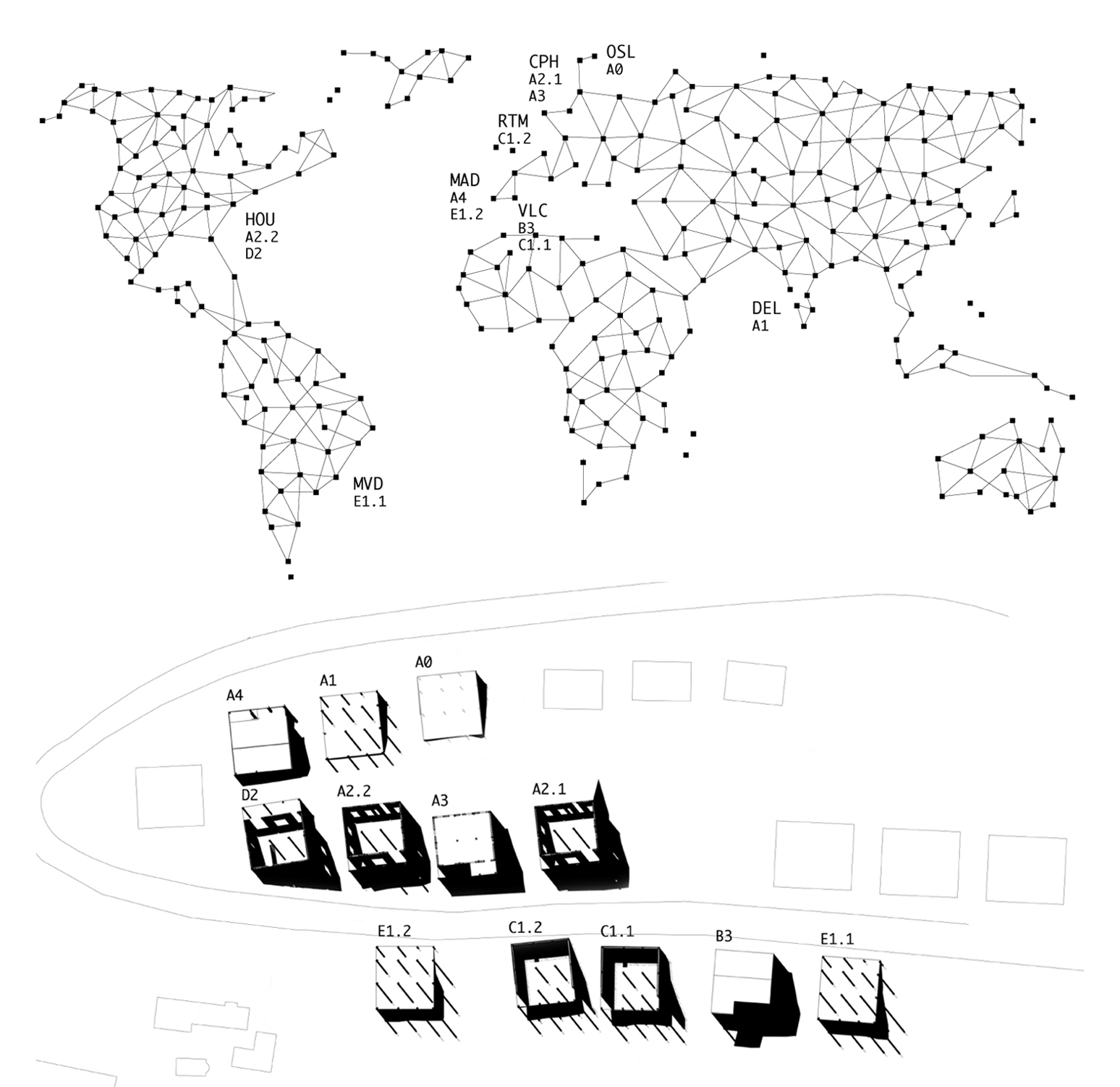 The landscape of naked objects that the crisis has exposed not only acts as a witness of the upheavals of the model of production of our country, but also of the type of community this model proposes. Turned into an object of consumption, housing multiplies today its profitability by selling individuality through the same, repetitive form. Like a telephone or a pair of shoes, housing is transmitted today associated to an image of exclusiveness, but it ends up producing the standardization of reality. Single-family and row houses are the key product of the system –the differential object that generates a uniform urban fabric and protects the buyers from the traits of collective living.
Interestingly enough, the collapse of this model has not led to a more diverse practice, one that gets closer to the lessons taught at the schools of architecture. On the contrary, it has obliterated it, forcing a whole generation of architects to redefine their roles through new places and languages. From this peripheral position, however, it is possible to look back for a second in order to articulate a conversation on this unfinished landscape. A conversation is what we imagine here.
The project we propose is based upon the collective appropriation of an interrupted real estate development -one that pursues the profitable uniformity of the repeated private unit- to turn it into a true expression of a community generated through difference. Here, the notion of community refers both to the type of fabric we envision and to the development of the project itself. Instead of materializing an individual vision, the conversation feeds off the words of twelve distinct interlocutors, leading to an architecture of difference that stems from the same, shared interest.
With the aim of projecting a parallel reality, this collective reflection is based on the appropriation of twelve unfinished houses in L’Enova, a small village located 55 kilometers south of Valencia. Each interlocutor has acted on an existing house with the only constraint of using the same format and the same graphic ingredients: a drawing template and a photograph. Beyond these constraints, the only limits correspond to each individual look at the project. The new fabric generated after the conversation appears as a latent reflection of an urban model based upon collective difference, multiple opinions and the participation of an abandoned generation.
The most interesting aspect of this collection of distinct voices is that, once placed in parallel, the resulting fragments reveal the potential of this latent reflection when it becomes a project. The twelve colonized photographs no longer appear as a melancholic witness of what could have been, but as a tangible document that materializes a possible model. The debris of an exhausted system of production can be reused as the foundations for an alternative project –a project that pragmatically acts on existing reality to produce a feasible detour.
This alternative reality would bring into contact developers, small owners and architects. Instead of being deployed as a standard product, housing would be developed as a series of individual versions of a shared material source. This would enhance a contingent, uneven and slow consolidation of the built environment that would lead to a more diverse landscape –a landscape that could not be anticipated by unilateral gestures. In the model we envision, a reality that sells individualism through repetition is hacked to activate a collective community made out of individual voices.