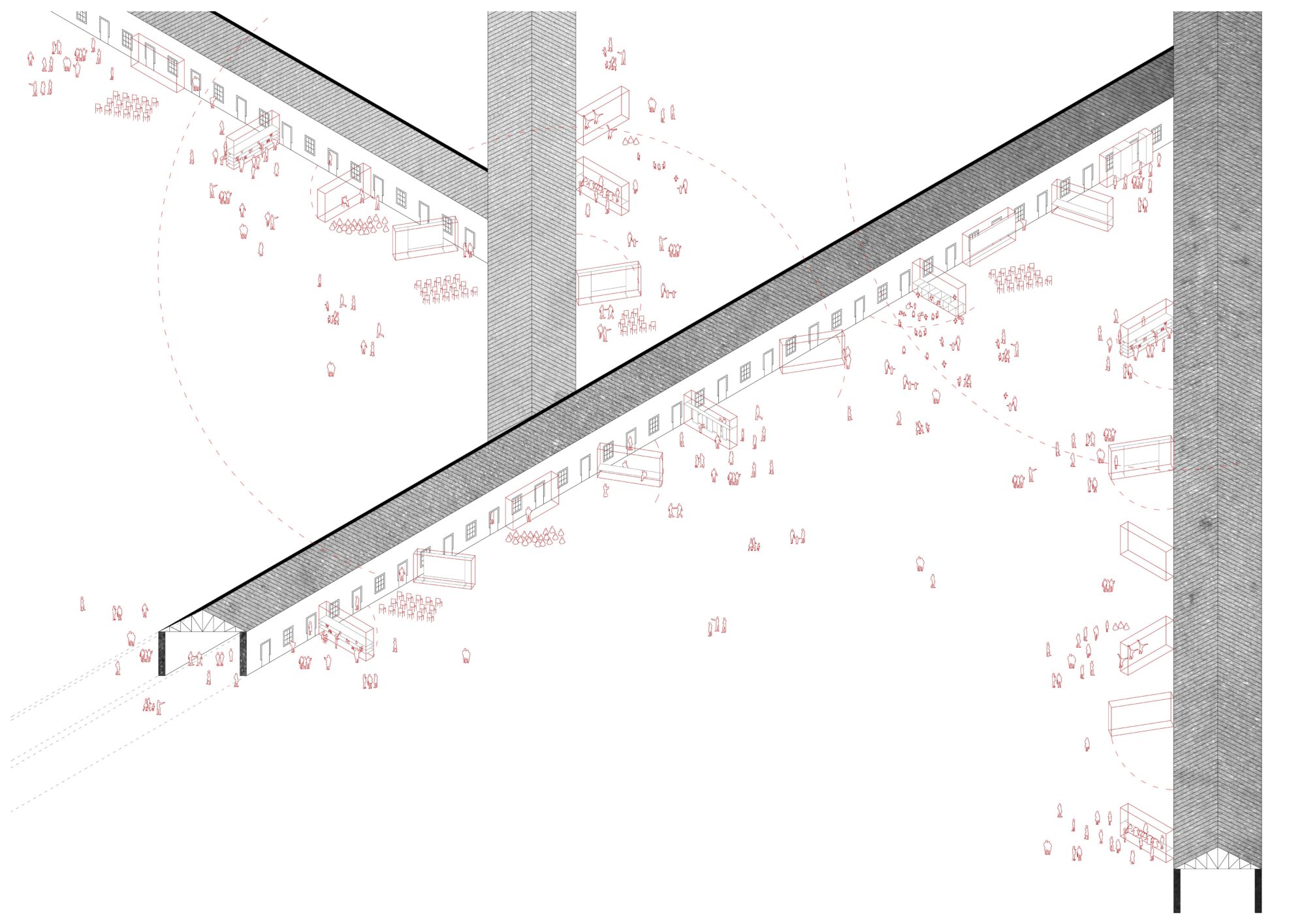 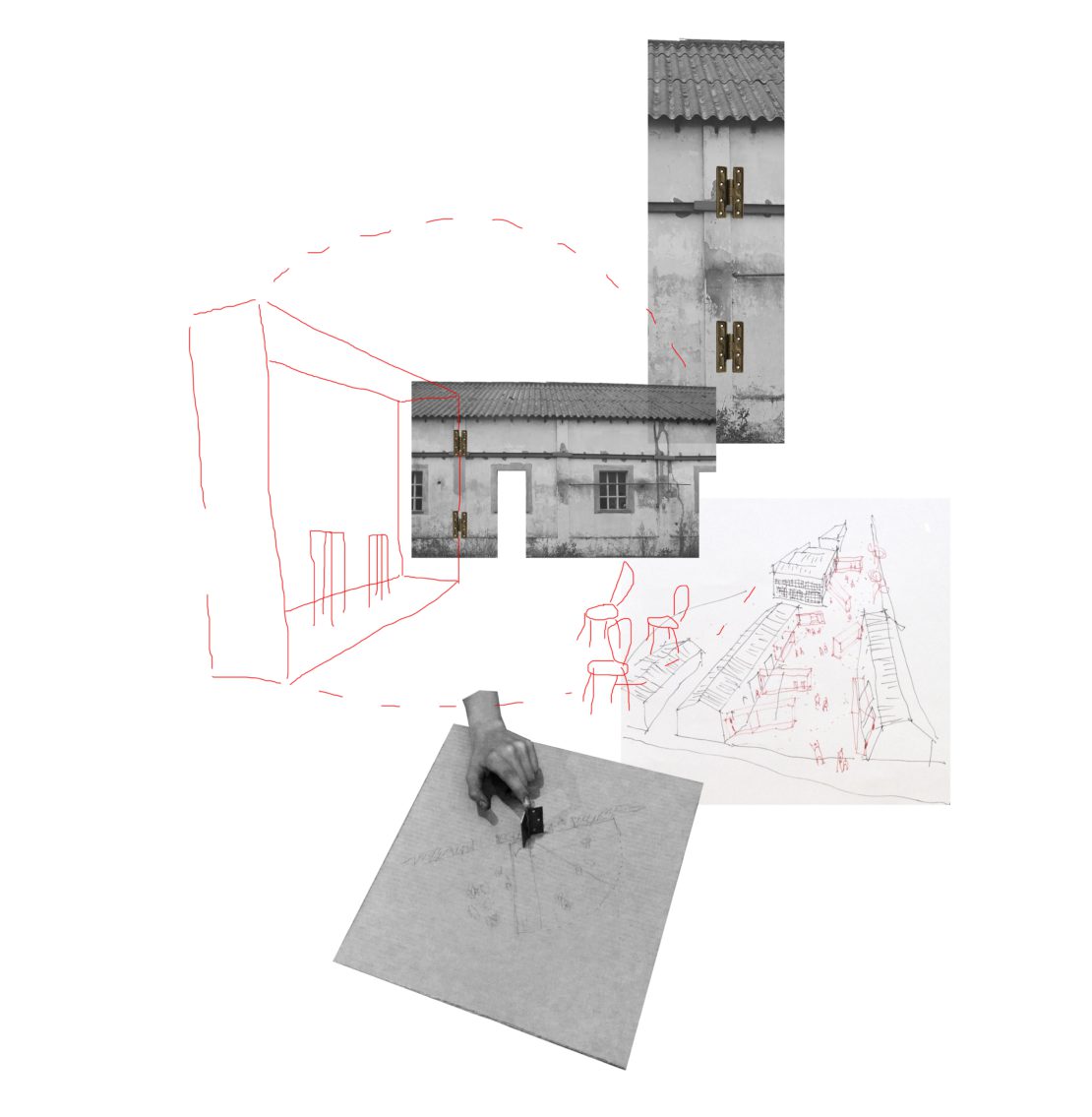 This is a small proposal and written reflection about the role of certain elements to transform and multiply the possibilities of moments. A plea in favor of the little things, which are actually tremendously important. What is presented herein is only one example of a possible use, and the potential transformation and power that a small thing generates around itself.

A real situation: all those spaces and containers that can be filled by any program and whose use may frequently change.

How to operate in an interior space of uncertain contents and an outside with no contact with what happens inside? How to associate curiosity and the act of looking? How to guide the body and extend an invitation to come and discover?

Working with entering and leaving movements… At the limit, in that thick (or thin) wall, with that tension between what will soon be filled with contents and what is free but feels the need to know and participate in what happens inside.

We thought of a mechanism that could be converted into an interchange hub, of looks and actions … Something with an attracting nature but such that, at the same time, its nature could also generate contents … We thought of frames, metal racks, attached to the façades of the buildings, but with the possibility of colonizing the free space.

Those sweeps, as they are opened, generate spaces, delimit free areas, localize entrances, suggest looks. Due to their nudity condition, they also provide the possibility of being filled with the contents and the effect of the activities taking place inside the containers. They can support opaque or translucent layers. They can serve as a screen where to project on. Its sweep can work as an entry or exit gate, and also as a limit on the street outside.

But these racks could not work by themselves. Their angles of opening and separation from the façades depend on hinges. Attached to the old buildings façades, these hinges modulate movement and occupation. They are the cornerstone of this project. They condense it.