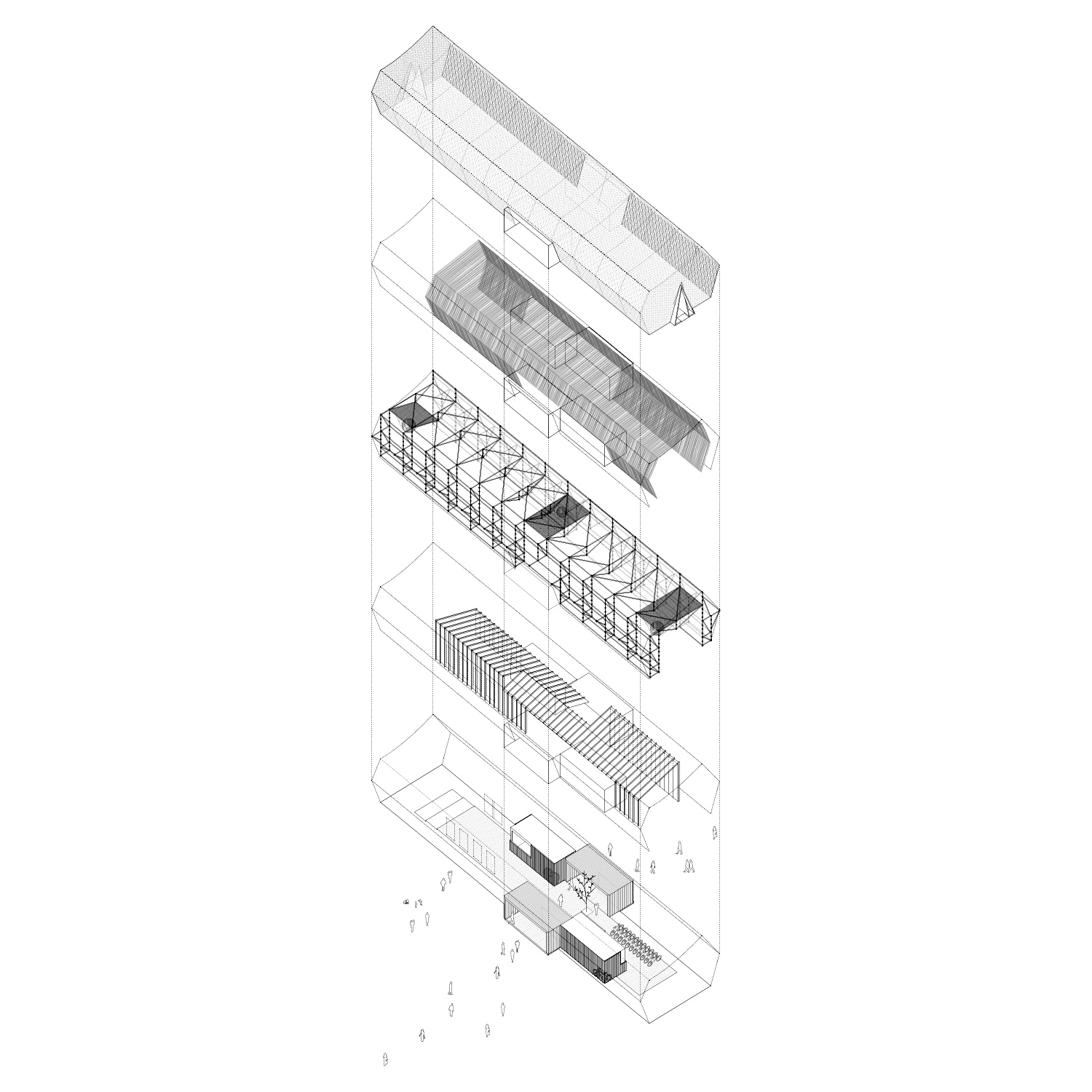 The temporary building forms part of the provisional public space installed in the plaza de las Glorias of Barcelona. The program includes an information area, an exhibition space explaining the project for transforming the plaza and a bike rental service. Given the large-scale of the adjacent buildings, this project proposes a linear element with a building envelope that blurs its outline to minimize its presence. The intention is that the building doesn’t compete, but rather melts into its surroundings and that it is permeable to transit, views and air. Three envelopes with differentiated functions are combined to form a certain depth, which is visible especially at night when an artificial light source is located at floor level between the polycarbonate layer and the shade netting. Both layers take advantage of the diffusion qualities of the material, and in addition to producing two radiant surfaces, the interstitial space is also illuminated. Through light, the void acquires presence, adding the successive envelopes together to form a whole: a halo of light. At nightfall, the light gravitates like a line that underlines the building. At night, the light ascends to occupy the interstitial space and complete the halo. The building, permeable to passers-by, views and air, more than occupying a space, densifies a void.