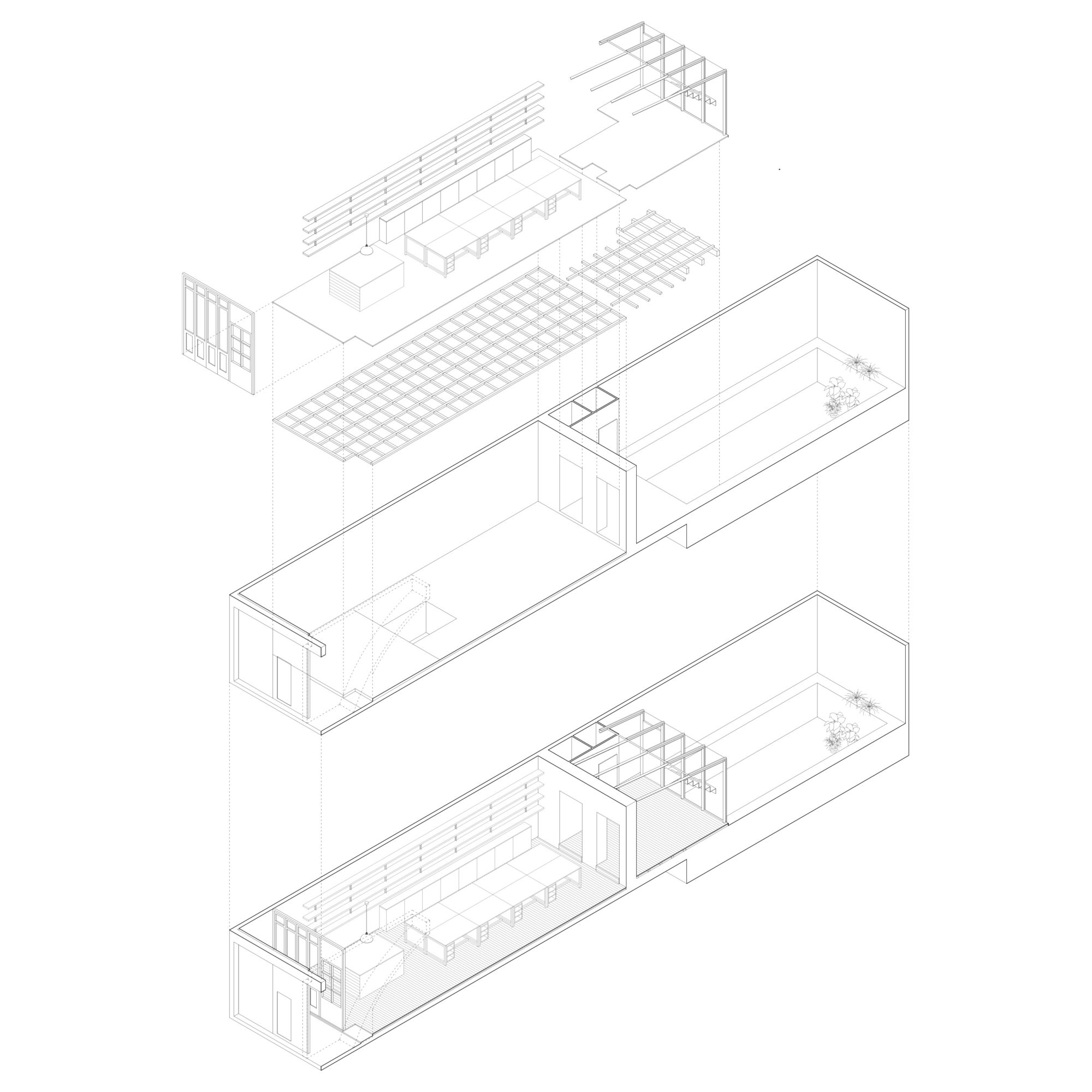 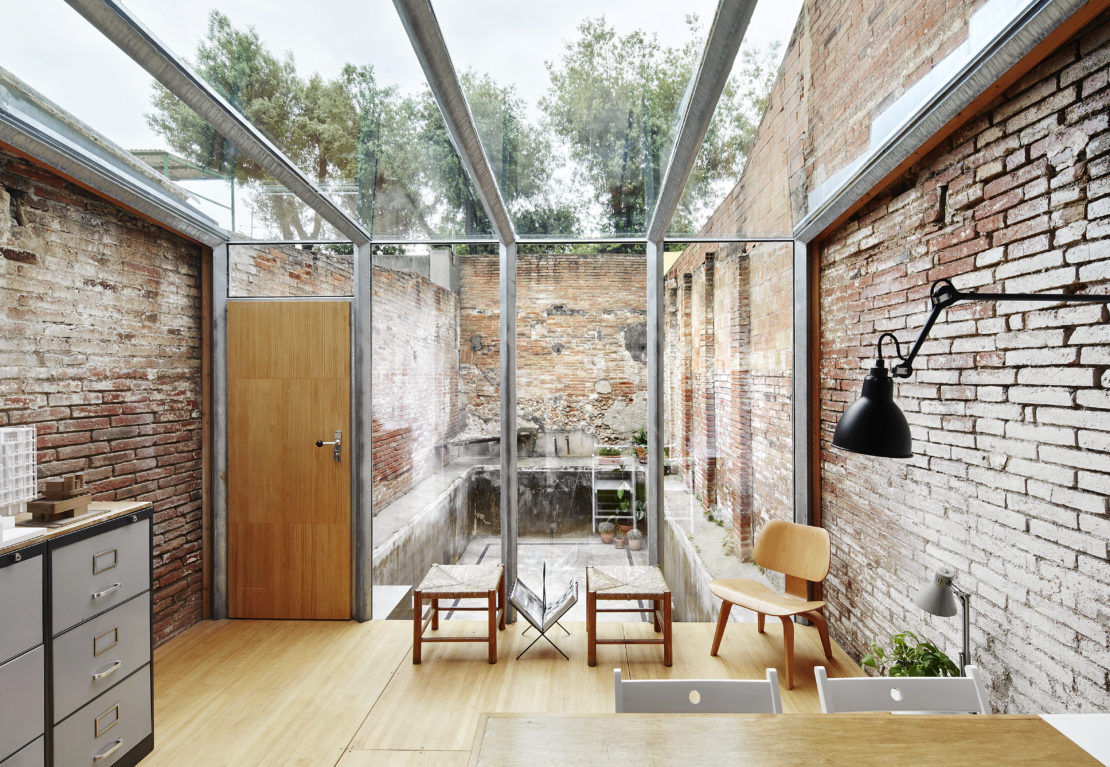 The studio is located in a small former workshop, occupying the ground floor of a house. At the beginning of the last century it was a tannery, from the nineteen-fifties on it was used as a garage and for the past decade as a print shop. This project is the “re-appropriation” of a space that was abandoned due to the financial crisis. It is a space in which the different uses have left architectural scars that the design doesn’t try to hide. The largest scar that the intervention reveals is an open cistern located in the back courtyard. It is empty now. A meeting room had to be added onto the existing workshop space to accommodate the new architecture studio. This addition, in the form of a greenhouse, “floats” over the cistern and hides mechanical equipment and modelling materials underneath it. The greenhouse encloses a space that was previously outdoors without concealing the sediments of passing time revealed on the party walls.