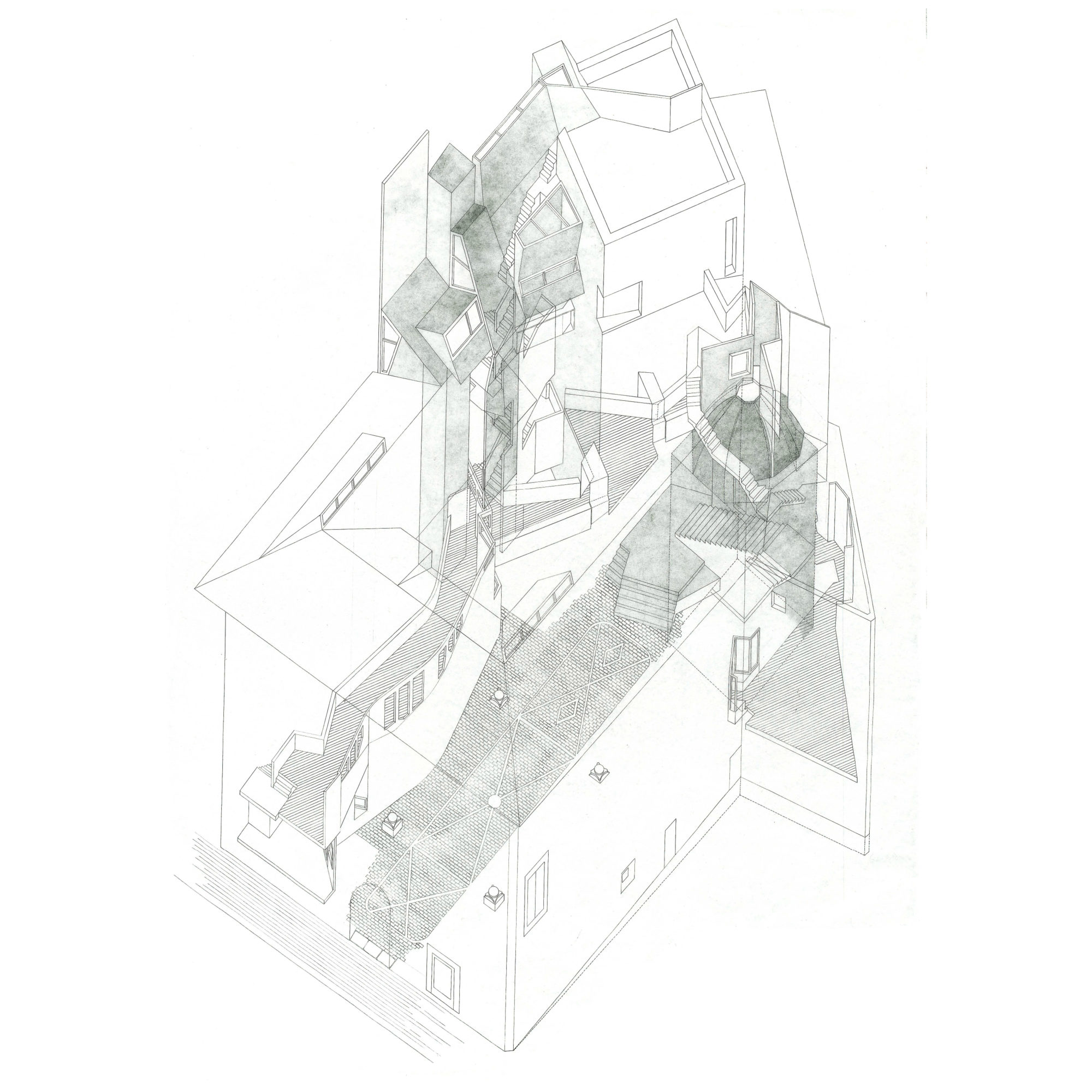 The Casal Balaguer is a palace in the historic centre of Palma. It was a grand aristocratic house with its origins in the fourteenth-century, renovated in the sixteenth-century and enlarged in the eighteenth-century. At the end of the last century the City of Palma decided to convert the building into a cultural centre. The project signals a new era for the Casal, which will go from being a family home to a public building, open to the entire city. In the new program the ground floor contains the entry to the exhibition gallery and the cafeteria. The structural renovation on this floor made it possible to revert the courtyard to its the original condition, with a complete vision of the three arches that seem to support the suspended house. The main floor is dedicated to a museum about the house and the attic floor houses workshops for the fine arts circle and a lecture hall.