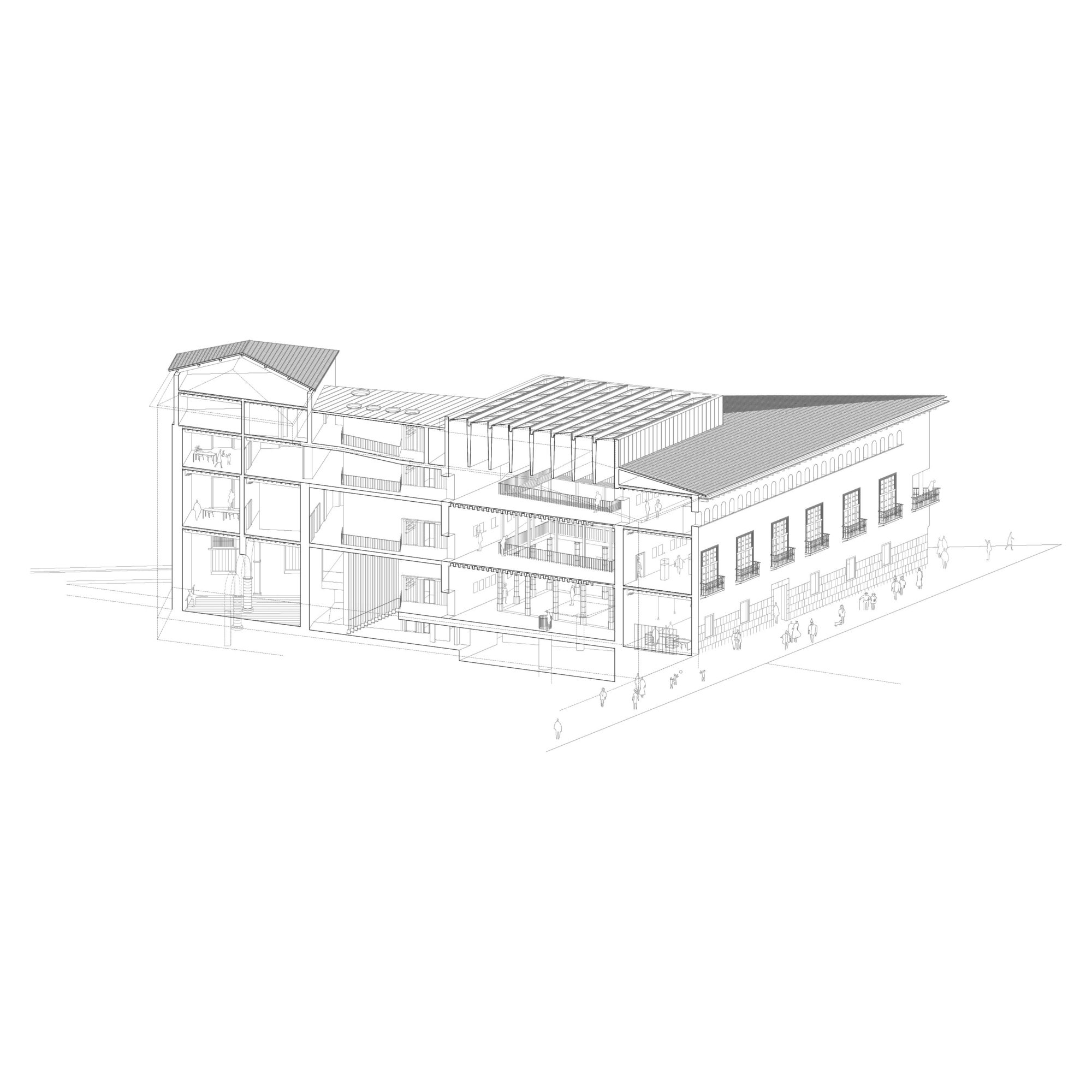 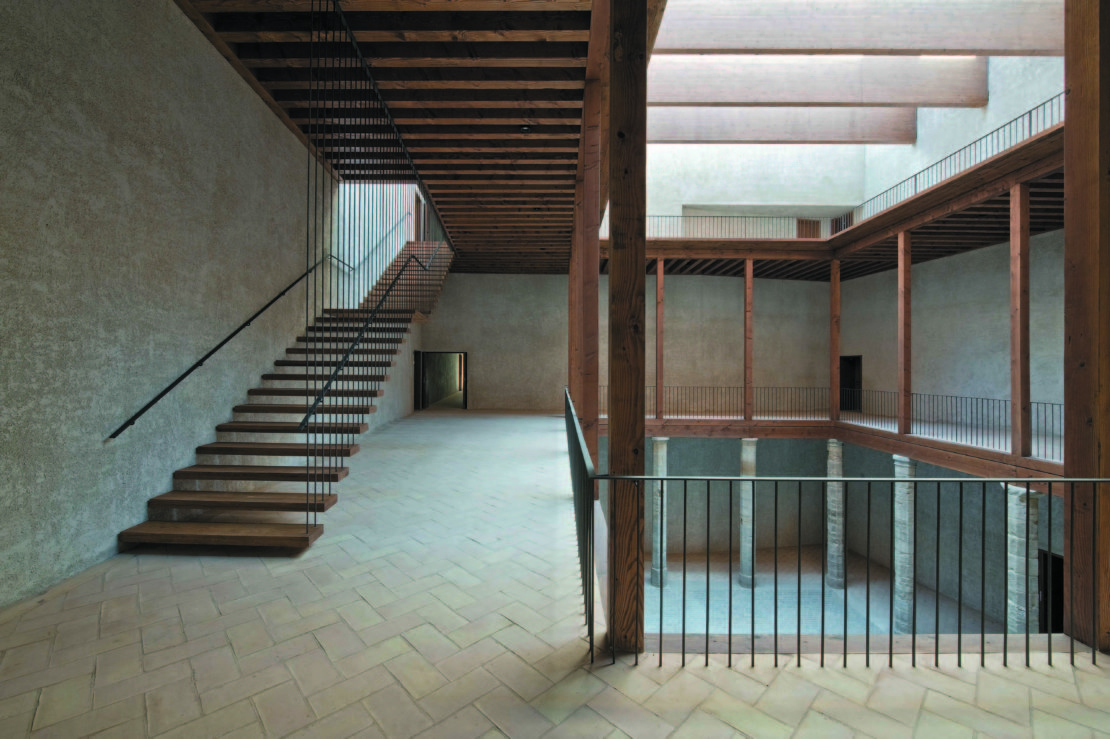 The Casa del Condestable is a sixteenth-century palace that had undergone sweeping renovations and alterations over the years, until finally the original building was unrecognizable and in a general state of ruin. The process of historical documentation, preparation of the design project and construction supervision of the building restoration and renovation lasted seven years. Original elements from the renaissance building were uncovered, including almost 4000 square meters of wood ceilings that had been hidden by suspended ceilings in the perimeter rooms. By removing the added ceilings and restoring the wood, these rooms recovered their original proportions and appearance. A major part of the architectural intervention centred around the recuperation of the central courtyard, of which only a few of the original columns remained. The project establishes a natural continuity between the old and the necessarily new, by using the original materials throughout: wood, terracotta, lime stuccoes and plaster.